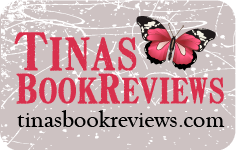 
I’ve been asked plenty of times…by my friends…by random other book lovers…”why do you a grown woman, wife and mother of three read YA novels”…….. Well let me ponder this question………..

When I was a teenager, there really wasn’t a section called YA….Harry Potter hadn’t been thought of and Twilight was light years away (I’m not a dinosaur or anything but 30 is far away from 15) so in my circumstance, the selection for teen books was dull. You can only read Sweet Valley High so many times before your brains become sweet valley mush…..which left me with no other option than to read adult choices like Stephen King and Dean Koontz. By ninth grade I was reading at a far more advanced level then most my friends and filling my head with perverted, scary, sexual novels (thanks Mr. King and Ms. Rice) that I really had no business reading as a fourteen year old (to this day Freddy Krueger and Penny the Clown scare the bleep outta me and Anne Rice’s version of sleeping beauty still leaves me jacked –no pun intended- up!!)

Seriously though there really wasn’t an in between…it was middle school choices to adult. Now days teens have such a huge selection, they don’t worry about what to read but where to start. I’ve seen in the last ten years a tremendous growth in children’s literature and finally a hard core market geared towards the young adults (15-21) … I think the YA world offers fast, consumable yet entertaining stories that leave out all the boring politically correct adult crap that is mandatory for adult fiction. Not saying I don’t read AF because I read plenty, but is there a written rule somewhere that says in order to be an adult geared novel you must include long drawn out details with boring dialog and no adventures!!!????. And call out the lynch mob…but are classics really that great…if I had been made to read something like Neal Shusterman’s Unwind verses boring Moby Dick or –yack- Julius Caesar, I might have stayed awake in English class. What media calls brillant AF mostly gets bogged down with boring mundane details that put me to sleep faster than a Tylenol PM and lets all admit it sometimes brain candy is the best remedy for a good time. Don’t get me wrong though, not all YA is brain candy some novels are thick and gritty and downright brilliant…. If anyone tells you ya is not appealing to the masses of adults out there then they haven’t read The Gemma Doyle Series, Graceling, Shiver, The Hunger Games, The Splendor Falls, Thirteen Reasons Why or anything by Nancy Werlin…. just to name a few….

YA novels are quite frankly just as good and in some cases better than a lot of the adult fiction out there right now. Most of the authors of YA literature are in fact my age and know how to write a story that centers on a young protagonist but can also make it appeal to the 20 or 30 something reader. I will admit I read a lot more YA than typical due to having a blog and find that publishers are pumping up and cranking out YA books faster than you can handle them, but...I think more and more adults are accepting YA as choice reading and I know for a fact since Twilight many “moms” have caught the YA bug. Another factor for me in YA reading today is the tremendous appeal of young love and the take you back to a time when things weren’t bogged down by bills and responsibilities. I think when you’re a teen you don’t realize what freedom you truly have. Reading for me has always been a door to escape…living someone else’s life for a few pretty hours…... Yes I feel like a superhero on days that one of my kids looks at me like I’m master of the universe…..or that my superpower is pounding salsa at the speed of light…..but there is just something about being the beautiful sexy vampire or the princess who gets everything that appeals to the common everyday reader……In real life I’ll never be a vampire outside of books….I’ll never be a ninja slaying the bad guys and I’ll never be Bella kissing Edward………So the greatest thing about YA and reading in general is the fantastic adventures you get to take without going anywhere…………………….

Be sure to check out Tina's blog and she is also one of my Blog with Bite buddies and she is awesome friend and so true about this topic.
written by Julie@My5monkeys