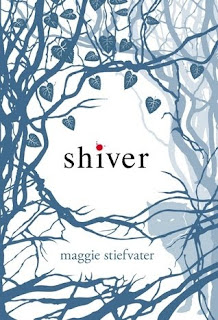 For years, Grace has watched the wolves in the woods behind her house. One yellow-eyed wolf--her wolf--is a chilling presence she can't seem to live without. Meanwhile, Sam has lived two lives: In winter, the frozen woods, the protection of the pack, and the silent company of a fearless girl. In summer, a few precious months of being human . . . until the cold makes him shift back again.
Now, Grace meets a yellow-eyed boy whose familiarity takes her breath away. It's her wolf. It has to be. But as winter nears, Sam must fight to stay human--or risk losing himself, and Grace, forever.( Goodreads.com)
2 Point of Views of Grace and Sam. Each Chapter has Celsius for the temperature.
Grace has been in love with a wolf for 6 years. She was bitten at 11 years old. She was been watching the woods. Wolf gets shot and turns into Sam. Girl tries to save Sam(wolf).
I think this book has the Twilight effect. Parents are hardly around the book. Girl is independent and makes dinner all the times for the family. They are off doing arty stuff. Girl can sneak a boy into the bedroom and parents are clueless. There was some serious PDA and sexual activity in her bedroom.
Good-- scene was the bathtub. This is an important scene to the book and character of Sam. Also the relationship between Grace and Sam seemed normal as it could be with him being a werewolf.
Bad --Neglectful parents--most disturbing scene Grace was left in a car and almost died. There was no mention of anything happening to the Parents. As a parent, this made me wonder what happened.
Would I let my daughter read this book?? Maybe when she is much older and we would discuss this book.
It was good to see the werewolf side and that romance. It does leave the door open for another book. I might read the next book.
3 out 5-- Its only good for the 1 time
written by Julie@My5monkeys